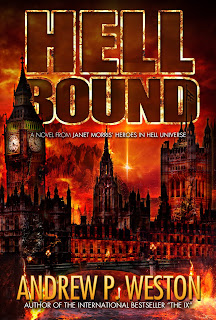 In hell, none of the condemned believes they deserve to be there. And that’s fine, so long as they’re not foolish enough to try and do anything about it. For those that do, there’s always Satan’s Reaper–and chief bounty hunter–Daemon Grim. Feared throughout the many layers of the underverse, no one in their right mind dares to cross him.