A Little Something To Sink Your Teeth Into? 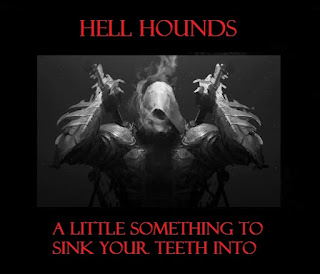 Fan's of Daemon Grim will be glad to hear he returns to a nightmare near you in the near future...sometime this Fall in fact.

The setting?
The harsh and stygian multilevels of the underworld where the grizliest ghouls and most despicable demons work their worst.

Of course, whatever hell the damned try to inflict on their enemies, it pales in comparison to the savaging Daemon Grim and his personal pack of bounty hunters - The Hell Hounds - dispense on those unfortunate enough to fall foul of their attention.

But there's no need to wait until later in the year!
WHY?

Because you can get an early look at the first three chapters of Hell Hounds in the very latest rendering from the award winning Heroes in Hell shared universe:
Pirates in Hell 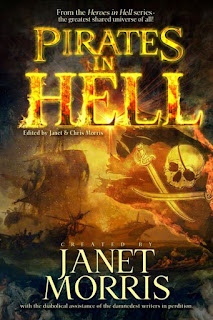 Yes, this treasure chest of an anthology is packed with all sorts of gems and diabolical delights, including a short story featuring none other than Daemon Grim himself - Pieces of Hate.

And to round things off, there's a sizable excerpt from the next novel length escapade itself. 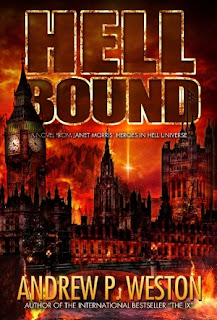 The links are in the sidebar.