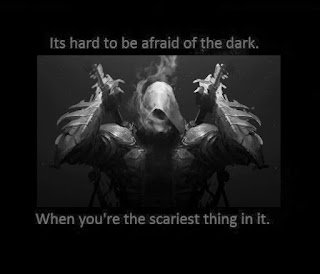 Have you been following the adventures of Satan's Reaper of souls, Daemon Grim?

The devil's chief bounty hunter was first introduced in the short story, GRIM, part of Doctors in Hell. In that tale, the Reaper is sent to retrieve a wayward soul who foolishly thinks he can get one over on His Infernal Majesty with impunity...Think again!

To help prepare for the Halloween launch of Hell Hounds, I thought it would be fun to recap his exploits each week, up until the day of release, so you get an idea of how his character has evolved.

So here we go:

Doctors in Hell – Grim:
Purgatory’s physicians have lost the plot. As a result, plague and pestilence run rampant.
Satan seethes and the underworld’s denizens cower in fear as anarchy ensues.
If that wasn’t bad enough, some damned fool thinks he can capitalize on the chaos by stealing from the prince of darkness and escaping with his ill-gotten gains to the world above!
Yes, the devil is in need of a balm to soothe his growing agitation.
What does he do?
Why, he prescribes his cure-all remedy: The Reaper, Daemon Grim.
Directions:
(1) Use with caution.
(2) Apply liberally to all major irritations.
Side effects: Always fatal.

Daemon Grim – a tonic the doctor would never recommend. 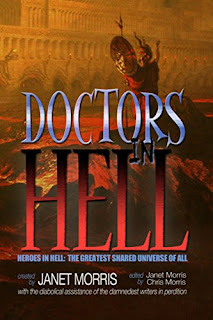 And don't forget.
If you want to find out more, excerpts from Grim can be found on this blog and Grim's Facebook page later this week.
Posted by Andrew P. Weston at 8:41 AM