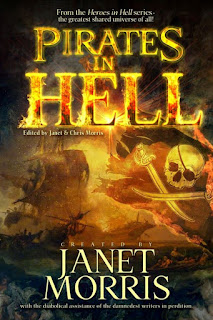 Without further ado, I turned and started to make my way into the back of the atrium. After ten yards or so, the walls and floors became riddled by stalagmites and stalactites. Fortunately, I didn’t need artificial light to see in the dark, as my natural senses were acute enough to pick out the features of everything about me in minute detail. But the same couldn’t be said for my travelling companions.
I heard a sharp click behind me, and the beam of a torch appeared. Cutting crazy patterns through the air, it signaled Vane’s hurried approach, and by its illumination, I noticed how the frosted maze around us caught the light and glittered fiercely in reply, almost as if it were eager for its rare visitors to witness the splendor of its diamond studded structure.
I had to admit, it was a truly haunting sight.
A few moments later, however, and the spell was broken. Low and his dwindling posse had decided to join us after all, and of course, they were complaining every step of the way.
I ignored them, for the gallery narrowed, and ended abruptly at a blank rock wall. An entrance had been cut into it, adorned by large granite blocks. A simple message was inscribed across the keystone. Rendered in ancient Hellanese, it declared:
Fá entrig a-mhàile a’ cothreh-tah – Only the balanced may enter.
As the first in the crowd to catch up, Vane spotted the writing, and asked, “What does that say?”
Hearing Vane’s question, Low and his group hastened to close the gap.
“This is our way forward,” I replied, “and the message advises us, ‘Only the balanced may enter.’”
We all crowded forward.
Inside, a simple unadorned cell, measuring some four yards across in each direction, awaited our scrutiny. Although everything was covered in a fine rind of ice, I was able to discern the fact that faint lines had been etched into the surface of the floor. When I examined them closely, I realized they formed a grid of sixteen smaller squares.
Only the balanced may enter. Hmmmh?
Griffin tried to elbow past, and I placed a restraining hand on his shoulder.
“I’d hang on a second if I were you.”
“Why do you have to interfere with every single thing we do?” he snapped, clearly unhappy at my intervention. “Who put you in charge, anyway?”
“Actually, Satan did. This expedition is mine to run as I see fit, and it would appear I see much more than you do…”I raised one finger and pointed, “for example, shine your torch on the far wall. Choose the point halfway along, just above the deck.”
Flustered, Griffin did as I asked. His eyes narrowed in concentration.
“Now consider the similar places along the walls to the left and right.”
The others joined in, and by the light of their additional lamps, the chamber became bathed in golden radiance. The areas of my concern were lifted into crystal clear clarity.
“They look like scrape marks,” Griffin conceded, “as if…as if…”
I stamped my foot.
“And what are we standing on?”
He glanced down, clearly puzzled by my query.
“The sill of course? Granite from the look of it. Why?”
“But what can you tell me about this particular stone that’s different from the others?”
The beam from his flashlight played slowly back and forth across the blocks. Suddenly, it focused on the center slab.
“It’s cylindrical,” he gasped, “like a tube within….Bloody hell! The whole thing tilts in different directions.”
“Well done. The caption makes sense now, doesn’t it?”
I altered my perceptions, and allowed my astral sight to interpenetrate the ground beneath our feet. Directly below the chamber in front of us, sat another cavity, identical in every respect, save for the rows of pointed stakes jutting up from the floor. Upon those spikes, the semi-preserved remains of former adventurers who had rushed blindly to their fate hung, chilled to the bone, and adorned by thick gossamer cobwebs.
The entire construct had been cunningly arrayed upon a series of automated gimbals and pivots. From what I could ascertain, once the trap had been activated, it would allow a great deal of freedom to manipulate the deck in relation to roll and pitch.
I opened my mind so that everyone could take a quick peek at the horror show. Although Vane remained silent, Low and his men were quick to express their shock.
“Davey’s locker. I’d have lost another old salt, permanently from the look o’ it.”
“They’re still there. Why haven’t they faded?”
“Well, screw me blind.” Bug eyed, Griffin stared at me with newfound respect. “Tha…thank you, Reaper,” he stammered, “I...I don’t know what to say?”


“Then don’t say anything. Just do what I tell you, when I tell you. That way, you might avoid joining our decaying friends down there.”

And Remember...
The Pre-Buy link for Hell Hounds is now available

Next week, we go onto excerpts from Hell Hounds itself.
The hunt is on!